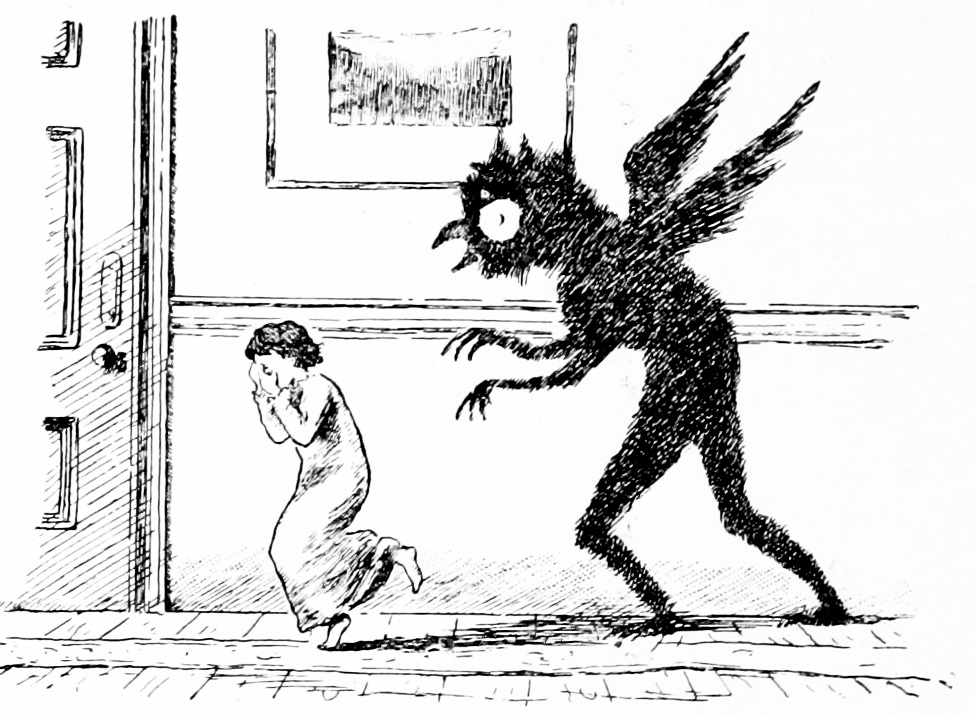 Spoilers follow. If you play with me, don’t read the rest.

It is a shadow, but it’s also feathers and eyes and a beak walking on humanoid feet. It travels alongside the one who summoned it, like a normal shadow, but it is actually a second shadow, in a different place, not properly adjusted for light, not perfectly connected to the host.

The owl will be banished when there is no light to give it form. It won’t disappear until the person who summoned it is in complete darkness.

The Bogey Owl is harmless except its malevolent appearance which may lead to dangerous behavior in those who fear it or seek to harm it. Causing fear is its favorite thing to do in the same way that doing heroin is a heroin addict’s favorite thing to do. It’s like a need, but it isn’t actually necessary for the Bogey Owl’s survival.

It has no stats because it’s not corporeal.