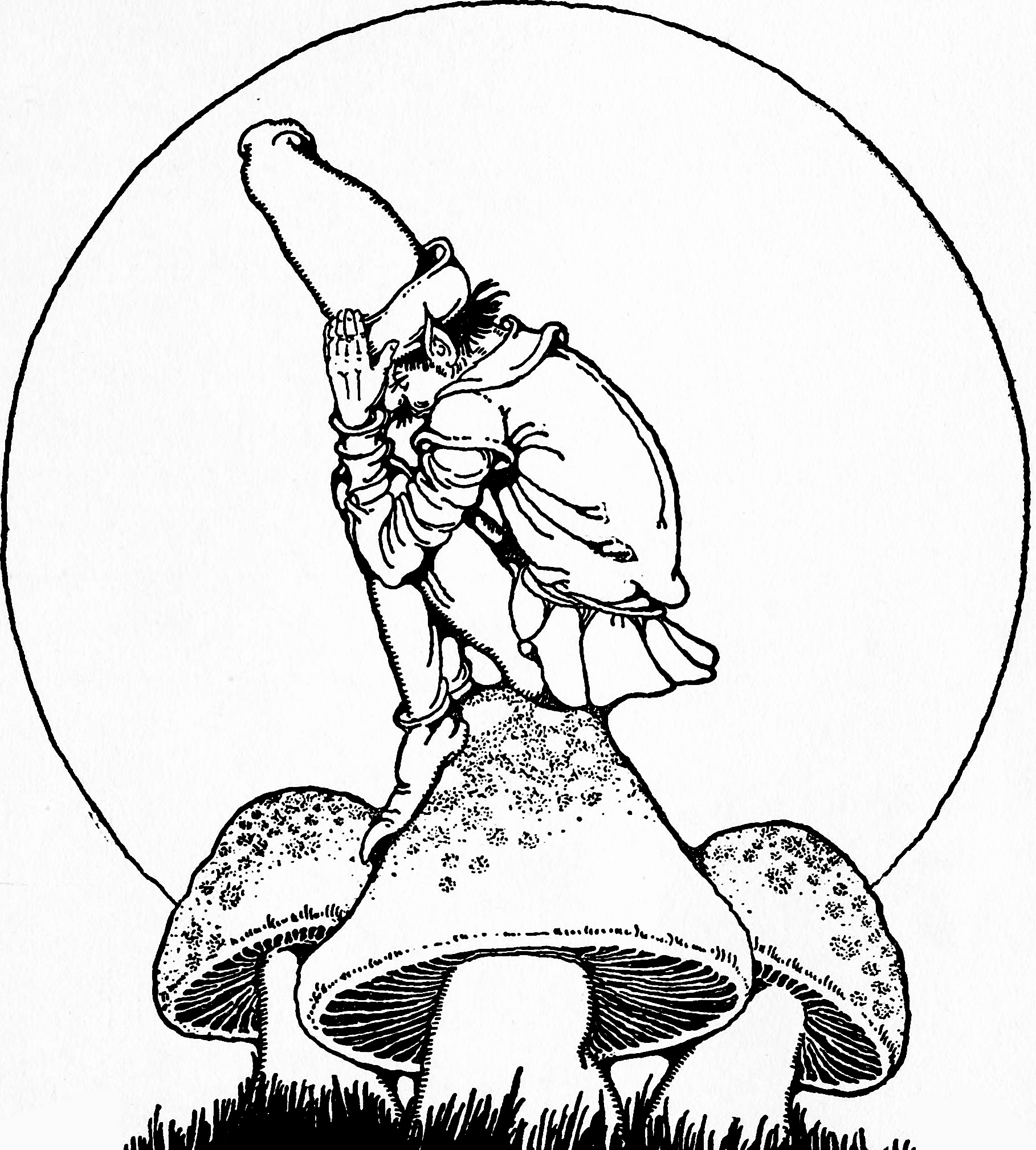 Brownies look like people, but are only the size of a hand and have sharply pointed ears. They dress in tights, ruffles, and billows which always match the colors of their immediate surroundings.

Brownies are shy of humans and rarely speak with them, though they socialize with each other every night just before dawn. They only use clichés, metaphors, similes, stories, riddles, and sayings (old and new) to communicate. Their speech might sound like babble at first, but it is mostly understandable by anyone who understands local culture.

A brownie will usually hide in unused parts of a house such as an attic, hole in the wall, or under floorboards. Some households leave a room, often small and impractical for a human, empty in order to attract a brownie for their home.

Brownies like to help with chores, but only when they’re certain they won’t be seen, usually late at night. They get rid of pests, clean shoes, sharpen blades, patch clothing, and the like. Brownies occasionally move things around in a room so they can secretly watch the search for them and silently laugh.

A brownie will leave her home for another if she is not given gifts of food. They only eat rich, sweet, or dairy foods. If the food is referred to as a payment instead of as a gift, the house’s brownie will leave.

Any who live in a house that does not have a brownie will be plagued by mean pranks by other brownies who live nearby.

Brownies can be convinced to join the party to care for gear, if given a place to hide and reason to vacate their current home.