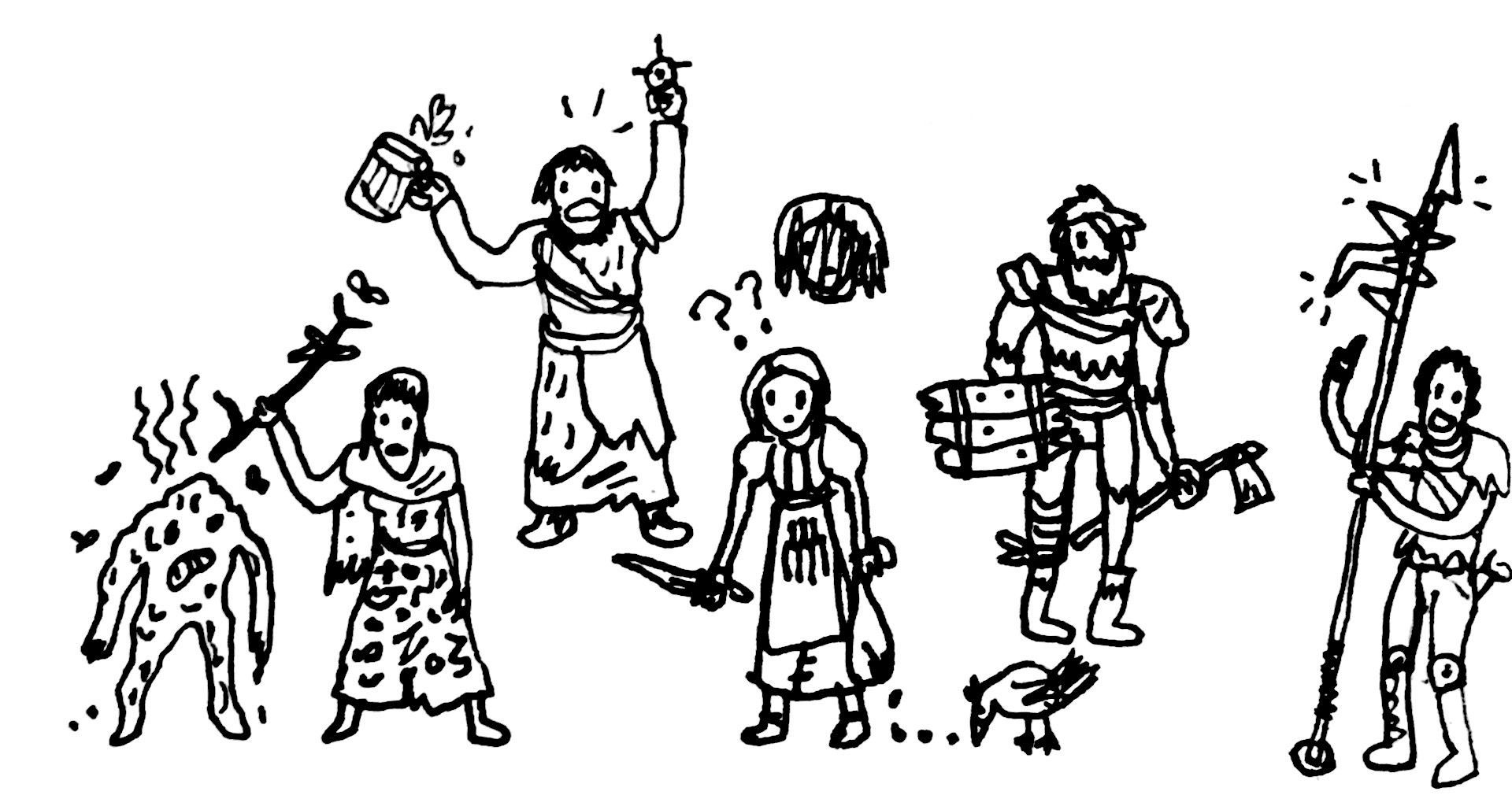 This post mostly exists so I can link to it every time I make a new class. It’s essentially just the GLOG’s rules for classes after some minor edits, but I’m placing my own version here because:

There are four templates for each class, labeled A through D. A character begins with template A and gains one template per level for the first four levels. (This means that no character can have more than four templates.)

Templates can only be gained in order: you cannot gain Fighter B unless you have Fighter A.

To multiclass, choose a template from a different class (so a Level 4 PC could have Thief A, Thief B, Fighter A, and Spellcaster A.)

Whenever a PC gains a Level, they gain a new Class Template (up to a max of 4.) Their Attack, HP, and Save also increase as shown in the Level Chart.

They can also attempt to improve one Stat of their choice by rolling 3D6. If the sum is greater than the Stat, the Stat is permanently raised by +1.