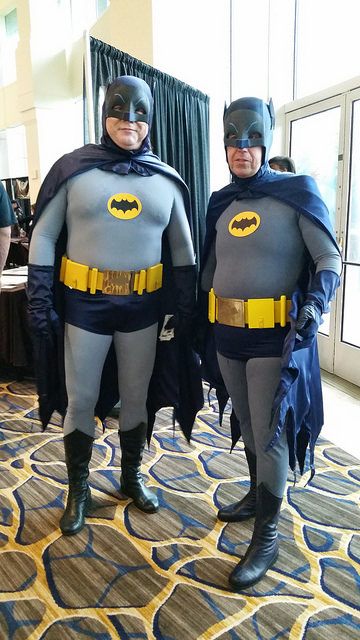 I discovered our particular format of play by way of the pressures of convenience. I was really interested in learning to play an RPG and realized I would never do it unless

At first, we played World of Dungeons because the rules were very easy to understand and because it was easy to carry around in my pocket. We just needed two sheets of paper (the rules) a small character sheet, and 3 d6.

We played when we went on a walk, when she was nursing the baby, when we were waiting in line, and while we were doing house chores.

She thought I ran things wonderfully, but I didn’t. I was making up a dungeon for her to escape from (she started in a jail cell), and I used Maze Rats tables to generate a lot of what she encountered. It was fun, but the challenge often wasn’t meaningful, the pacing was poor, and I created a lot inconsistencies. Despite all of that, she really did have a blast.

The problems were the results of my inexperience. World of Dungeons expects the referee to have a plan. It doesn’t include any tools for worldbuilding, adventure/dungeon/sandbox creation, or any other content. It’s just a framework to make play very straightforward and easy. I may well use it for my daughter when she’s old enough to play, and I might use it for newbies of the sort I prefer to not present rules to. If I ever played with my parents, I would use it.

After we had done this for about a month, she finished the dungeon scenario we had set up, and I wanted to move on to Lamentations of the Flame Princess rules, so we started again with those rules.

Lamentations of the Flame Princess - Slack and Portable

I realized it would be very easy to prep for an online game since I would have time to prepare between every turn, so we switched to playing exclusively on Slack. She mostly took her turns when she was at work, but sometimes took them at home.

To make it easier for her to learn, play, and respond quickly without more overhead than necessary, I did almost all of the rolling and didn’t explain rules to her except when necessary. Over the weeks, I gradually introduced rules to her and asked her opinion about various house rules I wanted to implement to improve our game, mostly with an interest in removing extra things that were bogging our game down.

Eventually, her desire to play in person and my desire to play at all times nudged us into playing aloud, whenever we were in the same space and having a conversation. This meant we played on Slack when she was at work and that we played in the same here-and-there manner we had used for World of Dungeons when we were physically together.

We started our game (using Lamentations of the Flame Princess) at the entrance to the Tomb of the Serpent Kings and she very soon encountered her for first save-or-die moment when she didn’t understand that my description of a trapped door was meant to suggest deadliness. She didn’t examine the mechanism well enough to see what would happen, and I didn’t describe it well enough for her to understand even what she had seen. We were brand new to this. She was frustrated and disappointed. We just pretended it didn’t happen and rewound time to let her try again. After that, she was much more careful.

Despite our various failures, Tomb of the Serpent Kings was successful. The dungeon did an excellent job of teaching me to referee and teaching her how to think through dungeon exploration, puzzles, combat, traps, and other typical things. It’s designed with that as its goal. It was fun. We both learned a lot, very quickly. I highly recommend it.

If your players do well, it has an entrance ready for you to connect to the Veins of the Earth/Underdark/whatever megadungeon you want.

Playing solo encouraged her to be very cautious and observant. She soon became very wary of doors, floors, and creatures. She became focused on the use of her 10’ pole, on making allies, and manipulating enemies and neutral creatures. She only engaged in combat when surprised (often running away and finding ways to trap or steal from enemies) or when she felt combat to be worthwhile. Even then, she only engaged after carefully planning a way to ensure success.

I made some mistakes and handed out too many cheap/free magic items, which made the world notably less deadly. I also priced items in shops too low and wrecked the currency system. This caused frustration for both of us when I increased prices later.

We played through Tower of the Stargazer, and made Fever-Dreaming Marlinko her base of operations. I made up some encounters and locations to suit her character’s story (which was mostly generated by random events in Marlinko, a FANTASTIC social city machine with two good mini-dungeons as a bonus).

We’ve been playing a little bit, here and there, every day ever since we started. That was long enough for her to finish (almost by accident) a character arc that made her feel good about retiring her first character, Phely. Phely somehow didn’t die across all that time.

We are now exploring the Maze of the Blue Medusa with a new character using my own rules heavily inspired by many other rulebooks (particularly B/X Essentials and The GLOG.

We prefer a chat interface. Forums are slow and require logging in with a browser. Chat allows us to get notifications on our phones and continue play instantly, often playing several turns at once.

Slack is fully-featured for playing an RPG and is straightforward. Multiple channels = a great way to organize resources. It also allows replying to a thread, so you can organize your gameplay channel into scenes or locations. It eventually deletes its log of your game though. Signing in to slack on a computer can be a pain if you don’t use the same computer every day.

Discord is similar to Slack but does not delete your log.

Hangouts is incredibly straightforward and lacks every useful feature I can think of except dice-rolling (which only works from a computer, not from a phone.)