White horses are carved in chalk into some hills throughout the land. The carvings are older than anyone’s memory or any book’s documentation of them. Most of them are silhouettes. 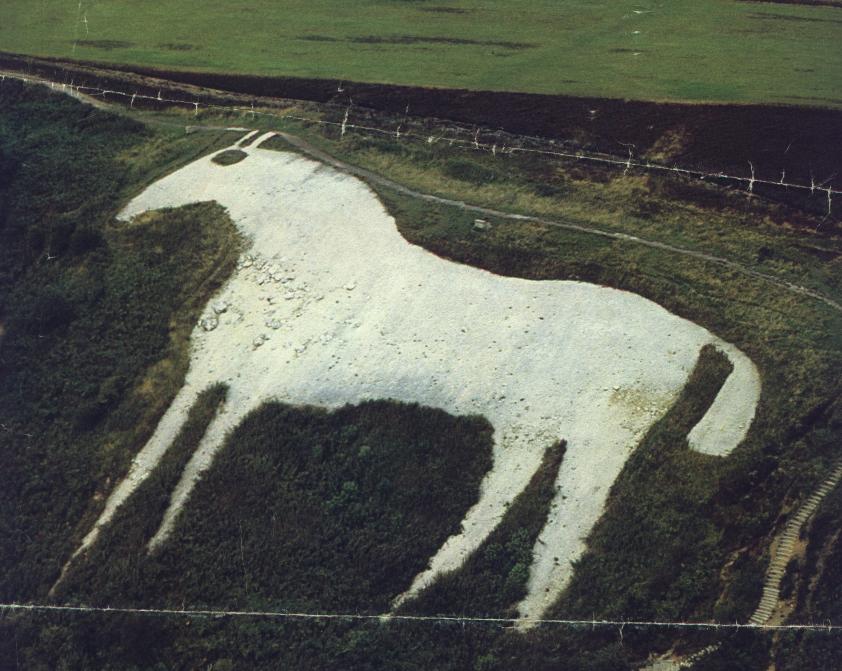 One white horse on Uffing hill, possibly just outside of Village City, sits alongside 8 others. This one, however is more of a line drawing. Rumors say that standing on its eye and spinning three times, clockwise will compel the horse to grant a wish.

It actually just compels the real white horse that is magically attached to this chalk horse to attempt to grant a wish. It can’t do anything a normal horse can’t do except speak the most common local language.

The Uffing White Horse abhors wish-robbers, partly because it’s tired of trying to grant impossible wishes, but even more because its chalky eyes are blind and sore from all of the wishes. It is as intelligent (and innocent, and as subject to tantrums) as a child, but is very old, tired, and world-weary, despite it’s youthful body. It would like to die, but it hasn’t noticed that yet.